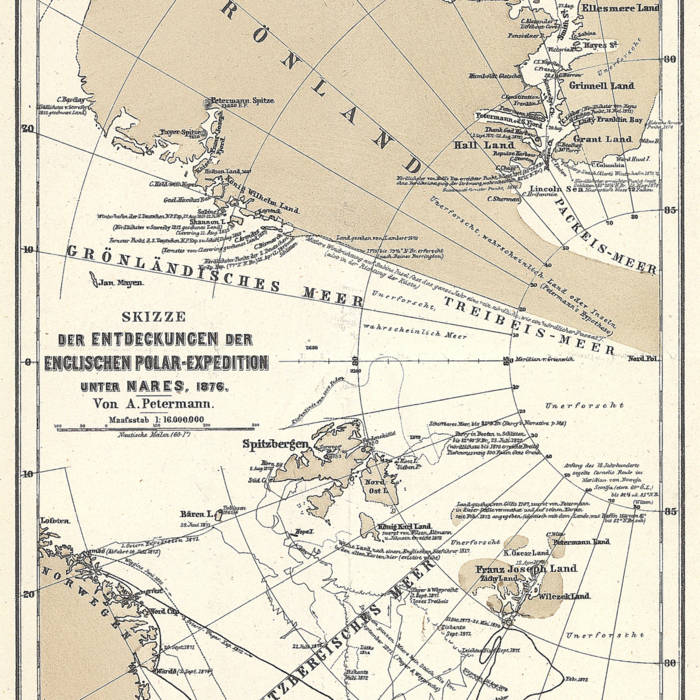 The expedition, in the vessels Alert and Discovery under George Nares, was chiefly intended to reach the North Pole, at a time when there was erroneously thought to be an open polar sea and land extending far to the north.
The expedition chose the route through Smith Sound, and froze in to winter quarters: the following spring a number of sledging parties were sent out, two exploring respectively the coasts of Ellesmere Land and of Greenland, and one, under Commander A.H. Markham, whose attempt to reach the pole, on broken pack-ice drifting south almost as fast as they were marching north, ended at 83°20' N. Incipient scurvy persuaded Nares to call off the whole expedition early in the summer of 1876.

All the album arranged, recorded and mixed by Courbes Bézier at Fora Fora Studios.