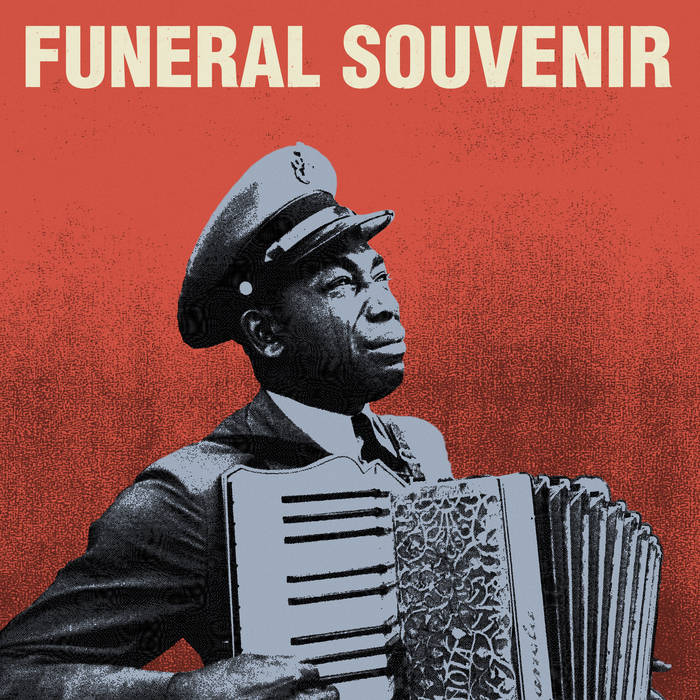 Remastered from the original tape for this reissue by Miguel A. Ruiz between july and august of 2019.
Restored and artwork for this reissue of 2019 by Patricia Alambiaga during the summer of 2019.
Produced by Toracic Tapes and Verlag System, 2019.

"Summer 1988: I exactly remember the day when I received a parcel from Miguel with the first tape by 'Funeral Souvenir'. When I played it the first time in my cassette-deck I immediately felt pure euphory, trembling excitement and fascination: the clattering rhythm produced by ZX spectrum computer processed by Ibanez analogue delay, the muddy radio- and TV-voices, sombre ambient loops and uneasy feedbacks...'Funeral Souvenir' belongs to the most intense and dramatic releases by Miguel A. Ruiz and must be considered as one of the most influencial proto-industrial-releases from Spain. The album is very direct, radical! 'Schlamm' and 'Doppler Maxima' clearly show the listener where the hunt begins: an apocalyptic information-overdose of radiovoices from reporters and politicians, shredded by machinistic rotations. One of my alltime favourite albums."
Pharmakustik (Siegmar Fricke). September 2019. Betattungsinstitut

""LA NOCHE DEL ANHÍDRIDO" was recorded in 1987 and initially released in cassette format C-30. A work of industrial environments with rhythmic touches voice treatment and above all some icy metallic effects 8to call them somehow) that imbue the whole album and give it timelessness. This work could be introduced today as a scoop of Miguel A. Ruiz and nobody would notice that 32 years have passed since this artist conceived it. This is the merit of the great sound artists, who know to make their work remain beyond time, space and dimensions. A privilege for our minds."
Josep Maria Soler Solá. September 2019. Stahlfabrik / Wet Dreams

All songs for this Verlag System's reissue, including bonus tracks, in all versions have been published with permission of the own artist.
This is the first time this record is released on vinyl, also including all the recordings of Funeral Souvenir, lost in compilations, between the years 1987 and 1988.

Verlag System & Toracic Tapes would like thanks to Josep María Soler Solá, Siegmar Fricke and Antonio Montagut for their invaluable collaborations and contributions for the realization of this album.