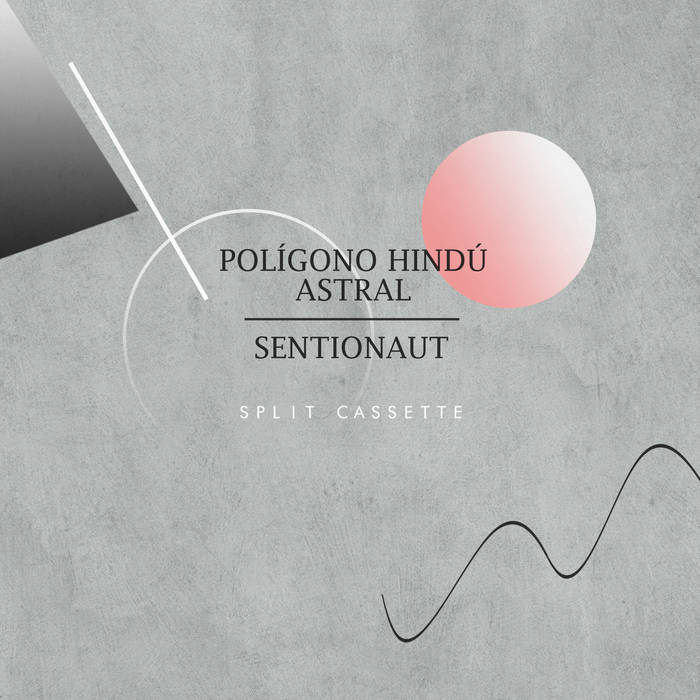 Verlag System and Atrocious Symphonies present their first split cassette, joining forces between two of the most interesting electronic proposals, among others, from the state music scene.

Polígono Hindú Astral, the duo formed by Joni y Julio Tornero (both also members of the band Antiguo Régimen), is getting a quite positive year, this 2015, releasing this past January the LP “00110010” and the cassette “67P” as well. Addicted to kosmische and Düsseldorf’s sound, bring us six tracks expresing their wish to evolve with any of their recordings, moving beyond the clichés inherited from 70’s German musical scene. Instead of being seized by long instrumental experimentations, they rather tune up short-format suggestive ideas and try out some sampled voices, choosing their own way to develop this project based in loops and repetitions, but well aware of the human factor in technology.

Sentionaut was an artificial life-form which appears in Panos Cosmatos’ science fiction film, directed in 2010, “Beyond the Black Rainbow”; but in this case, this name reffers to a curious musician, showing his talent on previous recordings with bands such as, We are the Hunters and Dekatron II , endorsing him as one of the most significant representatives in this country, speaking in cosmic music coordinates. His hypnotic contribution to this Split Cassette is “Dark Tibet”; a twenty minutes suite, inducing the listener through an ideal trance state, letting him explore oniric worlds throughout a unique vision of synthetic landscapes.

Music composed, arranged and produced by Polígono Hindú Astral ( Joni & Julio, 50% of Antiguo Régimen ) and Sentionaut ( We are the Hunters & Dekatron )

Design by The Atrocious.